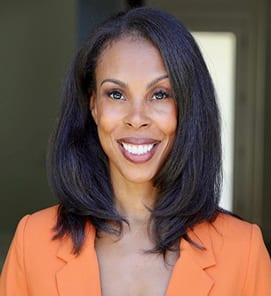 Crescent is located in the West Coast division of CUP.

Prior to CUP, Crescent was SVP of Development at Marquee Media, where she managed programming material for new multi-cultural streaming services and led communication efforts for a national launch. She also developed new show concepts including content starring Boris Kodjoe and Nicole Ari Parker in partnership with OWN Productions.

Before joining Marquee, Crescent was a Manager for Ashong Ventures, which included managing daily production operations for a national program on Oprahradio.com. She also supported the CEO in marketing and show promotion for the independent band, Soulfege. In addition, Crescent worked at Forward Pass directly under its founder, Oscar®-nominated writer and director, Michael Mann. She managed daily operations, writer agreements, project development and research, and special events and programming. Crescent was a Project Manager for Muse Communications, where she executed a joint Black History Month ad campaign with JCPenney and ESSENCE Magazine featuring Black filmmakers.

Crescent is a passionate creative—with experience as a blogger, on-air personality, producer, and actor. Her work has appeared on TVOne and Lifetime Networks, amongst others. Most recently, she hosted the digital series UnREAL: CrescentSpeak Recap where she unpacked weekly episodes of Lifetime’s hit drama UnREAL. She also created and produced a weekly political and pop culture talk show, The Madness Collective—amassing a dedicated, diverse, and dedicated following.

Crescent earned a B.A. in African-American Studies and Government from Harvard University and a J.D. from the University of Pennsylvania.