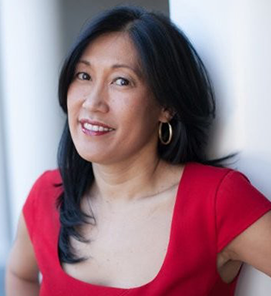 A former figure skater who once perfected the double flip jump, Theresia’s passion for sports has evolved to cheering on her favorite teams alongside her children & watching their events. Coming into venture when she had very few female peers, she has dedicated her 20-year career to changing the ratio.

Prior to co-founding Acrew Capital, Theresia was a co-founder at Aspect Ventures and a Managing General Partner at Accel. Theresia has been fortunate to work with many successful companies through IPOs or acquisitions including: Forescout (FSCT), Imperva (IMPV), Trulia (TRLA), Hotel Tonight (ABNB), Astro (Slack; WORK), LearnVest (Northwestern Mutual), Jasper Design (CDNS) and Kosmix (WMT). Theresia was named to Forbes’ 100 Most Powerful Women list, has been recognized 9 times on the Forbes Midas List, including 2020, was named one of the 40 Most Influential Minds in Tech by Time Magazine, as well as being named to the Carnegie Corporation’s annual Distinguished Immigrants List.