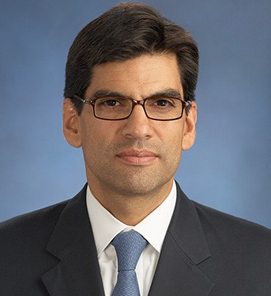 Prior to joining the firm, Ricardo was a managing director at Deutsche Bank, where he held roles in Emerging Markets Sales, Trading and Syndicate from 1995 to 2008, and at Chemical Bank from 1991 to 1995. Ricardo serves on the board of the Orphaned Starfish Foundation, a nonprofit that supports the construction of vocational training centers in orphanages throughout Latin America. He serves on the Board of Visitors for the University of California, Berkeley. Ricardo earned an MA in International Affairs, from Columbia University, School of International Affairs, and a BA in Economics and Sociology from the University of California, Berkeley.