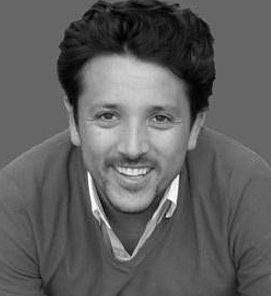 Ricardo is the founder & CEO of VOIQ Inc., the Silicon Valley based tech company that empowers businesses to build a highly scalable sales call channel in minutes leveraging on-demand call agents. His company services clients such as AirBnB and Stanford University, and it is funded by the most prestigious tech investor/accelerator in the world: YCombinator.

Ricardo is also the founder of the group of the Top 20 Latino Tech Leaders in the US (a group comprised of $2.1B in company exits). Ricardo is a 2015 40-Under-40 Silicon Valley Tech Diversity honoree. He was a keynote speaker at Stanford University at the 2015 Silicon Valley Latino Leaders Summit, and a speaker at the Aspen Institute in Washington DC. Ricardo also has been an active member of the delegation of the US Department of State and the Aspen Institute exploring the investment and entrepreneurial ecosystem in Latin America.

Prior to VOIQ, Ricardo was an Associate at the NYC Mayor’s Office developing the 2015 technology blueprint for New York City. He also served as campaign CTO to mayor Angel Taveras; the first Latino mayor of the city of Providence, RI.

Ricardo has an MBA from NYU Stern School of Business, and an undergraduate degree in Politics from NYU. He is a member of the advisory council of the World Policy Institute, a Consortium Fellow, a Management Leaders for Tomorrow (MLT) Fellow, and a 2013 Council of Urban Professionals Fellow. He is the President of the Scarsdale Alumni Association, and was recently a guest at the White House reception for Latino leaders. Ricardo is also an active contributor to the Huffington Post.