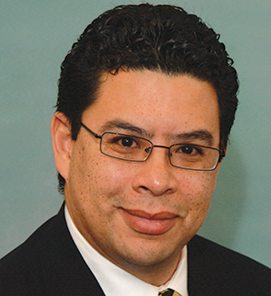 Mauro Wolfe is a Partner in the international law firm of Duane Morris in New York City. He focuses his practice on global whitecollar criminal and regulatory defense, and internal investigations and compliance. He is a former senior enforcement attorney for the SEC and a former federal prosecutor. Mr. Wolfe is AV® Preeminent™ Rated by Martindale-Hubbell, and is listed in the 2013 and 2012 editions of New York Super Lawyers – Metro. He is a member of the New York Council of Defense Lawyers, an organization comprising the wellregarded white-collar practitioners in New York. In 2007, he co-founded and leads the Hispanic Lawyers Society of New York, a group comprised of 100 of the most well regarded senior Hispanic lawyers in New York City, whose mission is mutual support and business development. He is on the Board of LatinoJustice PRLDEF and is Chair of the Nominations Committee. In 2013, Indiana University of Pennsylvania honored Mr. Wolfe as an inductee of its Eberly College of Business and Information Technology Hall of Distinction. Mr. Wolfe is a 1996 graduate of Temple University’s Beasley School of Law and a graduate of Indiana University of Pennsylvania.