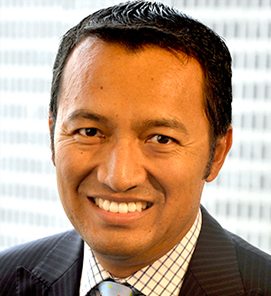 Luis Oganes is Head for Latin America at the Emerging Markets Research group of J.P. Morgan in New York, where he started working in 1997. Luis publishes regularly about the economy, markets, and the political situation of Latin America, and provides investment recommendations to institutional investors on the region’s external debt, local market bonds, and currencies. On several occasions, he has left his country coverage duties temporarily to participate in advisory projects with some governments in the region.

His previous professional engagements include teaching at the Department of Economics of New York University (1993-1997), researcher at the Operations Evaluation Department of the World Bank (1994), and economic analyst at Grupo Apoyo, an economic think-tank in Lima, Peru (1989-1992).