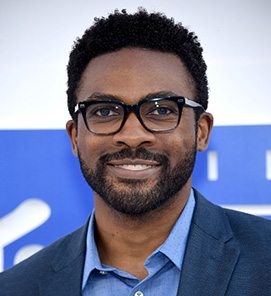 Ken Ebie is Deputy General Counsel and Director of External Affairs at the NYC Mayor’s Office of Media and Entertainment, where he directs legislative affairs and negotiates partnerships with various stakeholders to support NYC’s creative industries. In his role, Ken has led initiatives to expand access to cultural programming and to expose underserved youth to careers in media and entertainment. Ken also spearheaded the development and launch of NYC Film Green, the first government-sponsored program for sustainable TV/film production in the U.S. In recognition of his efforts, Ken was selected by Brooklyn Magazine as one of the “100 Most Influential People in Brooklyn Culture” in 2017.

Ken previously served as Special Counsel at the NYC Department of Consumer Affairs and as a consultant to Mayor Bill de Blasio’s transition team. In 2013, Ken was campaign manager for the late Brooklyn District Attorney Ken Thompson, helping guide the campaign to an historic victory. Ken founded the Foundation for Education, Culture and Health (FECH), a non-profit that supports education initiatives in underserved communities.

Ken holds a B.A. from Harvard College and a J.D. from Yale Law School. He and his wife, Racquel, live in Brooklyn with their twin sons, Luke and Solomon.