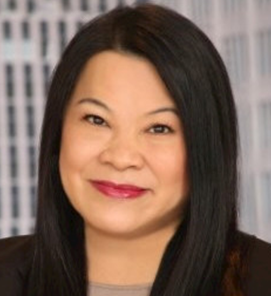 Joyce Chang is Chair of Global Research for J.P. Morgan’s Corporate and Investment Bank, a global leader in Banking, Markets and Investor Services. J.P. Morgan’s Global Research professionals study all sectors in which the firm does business, including equities, fixed income, currency and commodities, emerging markets, derivatives and structured finance.

Joyce was most recently Global Head of Research, a role she held for more than five years (2014-2019). She was previously Global Head of Fixed Income Research and began her career as an Emerging Markets Strategist. From 1997 through 2012, Joyce held top rankings in Institutional Investor surveys for Emerging Markets research, earning 25 #1 individual rankings. In 2014, she was inducted into the Fixed Income Analyst Society Hall of Fame.

Joyce was a Managing Director at Merrill Lynch and Salomon Brothers prior to joining J.P. Morgan Chase in 1999. She serves on the Board of Directors of Trickle Up and Girls Inc. and is a member of the Council on Foreign Relations and the Inter-American Dialogue. She is the Senior Sponsor for J.P. Morgan’s Corporate and Investment Bank Women on the Move Network, the network for employees of Asian heritage (AsPIRE) and Nonprofit Board Service. She has been named as one of Top 25 Most Powerful Women in Finance by American Banker since 2012 and was included in Barron’s inaugural 2020 list of the 100 Most Influential Women in Finance.

Joyce holds an M.P.A. from Princeton and serves on its External Advisory Council for the Center for Public Policy, and has a B.A. from Columbia from where she was awarded the John Jay award for professional achievement and serves on its Board of Visitors.