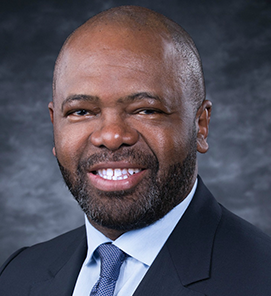 Joseph K. West is a partner in the firm’s Trial Practice Group and practices in the area of complex litigation, handling a variety of matters in areas including, but not limited to, class actions, insurance litigation, commercial litigation, zoning and land use, catastrophic injury, products liability that includes automotive, and labor and employment. Mr. West is also a member of the firm’s Partners Board and serves as the firm’s Chief Diversity and Inclusion Officer, in which capacity he manages Duane Morris’ comprehensive firm-wide diversity and inclusion program and he chairs the firm’s Diversity and Inclusion Consulting Practice. Mr. West advises domestic and global companies on a wide array of legal issues, and also represents, trains and advises numerous associations and companies, including publicly traded companies and their boards and CEOs, on issues related to diversity and inclusion and the compliance, risk management and corporate strategies associated with these issues. He helped establish the first of its kind law firm diversity and inclusion consulting practice at the firm, which has been cited for its innovative approach to crafting sustainable diversity and inclusion programs and solutions for corporate entities. His clients range from startups to Fortune 500 companies and currently include Walmart Stores, Inc., Exxon Mobil, The Carolina Panthers, the Dubai-based Al Ahli Holding Group, Mercedes Benz-USA, Altria, Discover Financial Services, Inc. and Jabil Circuit, Inc.

Prior to joining Duane Morris, Mr. West spent almost five years focused on diversity and inclusion within the legal profession as President and CEO of the Minority Corporate Counsel Association (MCCA). Prior to MCCA, Mr. West was Associate General Counsel – Head of Global Outside Counsel Management at Walmart Stores Inc., where he was responsible for managing the company’s relationships with all of its outside counsel worldwide, including oversight of over 600 law firms and a budget of over $300 million. He was also a member of Walmart’s Class Action/Complex Litigation Group, where he helped manage and develop litigation strategies for several groundbreaking matters, including the largest class action matter in U.S. history. Before joining Walmart, he served as Assistant General Counsel in the Litigation Group of Entergy Corporation, an integrated energy and current Fortune 500 company. There, he served as lead counsel on a number of high-profile jury and bench trials, appellate arguments and arbitrations on behalf of the company. Prior to Entergy, Mr. West spent over 13 years as a litigator and partner in law firms in Louisiana, representing clients in state and federal courts and in arbitration and mediation.

Mr. West was elected and currently serves on the board of directors of the Lawyers’ Committee for Civil Rights Under Law. He currently serves as a member of the ABA Section of Legal Education and Admissions to the Bar, which oversees the accreditation of the nation’s law schools, and is serving a one-year term as chair-elect of the council. Mr. West is also serving a three-year term as a member of the Xavier University of Louisiana Board of Trustees.  He previously served on the ABA Commission on Diversity and Inclusion 360 via appointment by then-ABA President Paulette Brown. He was a member of the ABA Task Force on the Financing of Legal Education, and has served on the ABA Commission on Racial and Ethnic Diversity in the Profession. Mr. West was also a member of the Association of Corporate Counsel’s ACC Value Challenge Steering Committee and has served on the Arts Council of New Orleans and the Walton Arts Center Corporate Leadership Council.

In 2019, Mr. West was the recipient of the inaugural Lifetime Achievement Award: Diversity & Equality from Chambers and Partners. Mr. West has been named to Savoy Magazine’s 2018 list of Most Influential Black Lawyers. He was awarded the Diversity Collaboration Award in 2016 by the JTB Pipeline Organization, the Beacon Diversity Award in 2014 by the Black Entertainment and Sports Lawyers Association, the Louis L. Redding Lifetime Achievement Award in 2014 by the Delaware Barristers Association, and the 2014 Minority Business Leader Award by the Washington Business Journal. Each year since 2013, he has been named to the Power 100 list of the nation’s most influential minority attorneys by Lawyers of Color, Inc. Mr. West was named a CUP Catalyst by the Council of Urban Professionals in its 2012 inaugural list and in 2010 he was named In-House Counsel of the Year by the National Bar Association. His contributions beyond the legal community were recognized by ABC and NBC for the personal care he extended to patients stranded at Methodist Hospital in New Orleans, Louisiana, during and after Hurricane Katrina, which devastated the city of New Orleans in 2005.

Mr. West is a graduate of Tulane Law School, where he formerly served as Adjunct Professor of Trial Advocacy. He earned his Bachelor of Arts in Journalism from Southern University.