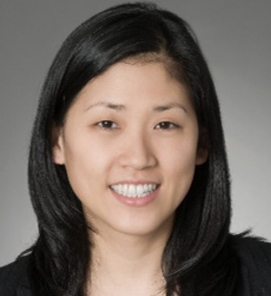 Prior to joining JPMorgan Chase, Ms. Lee was an associate with Milberg LLP. At Milberg, she practiced in the areas of securities class action and False Claims Act litigation. Ms. Lee also served as the law clerk to the Honorable John J. Hughes, United States Magistrate Judge (retired), in the District of New Jersey.

She graduated from New York University with a B.A. degree in Politics and Psychology and a M.S.W. in Social Work. Ms. Lee received her J.D. degree from Rutgers School of Law. During law school, Ms. Lee was a Senior Editor of the Rutgers Law Record.

Ms. Lee has served on Asian American Bar Association of New York’s Board of Directors since 2010 and as President in 2012. She is also a member of the New York City Bar’s Diversity and Inclusion Champion Award Selection Committee and is a Director on the Board of Minority Corporate Counsel Association.