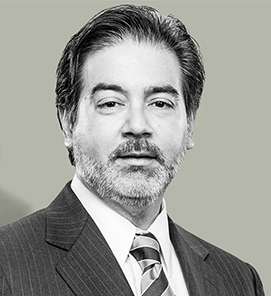 He also advises Latin American sovereign entities, including the government of Peru, on debt management and international debt transactions and has participated in private equity investments in Latin America by firms such as The Blackstone Group, Advent International, Silver Lake, Carlyle and Patria Investimentos, as well as the Brait Group from South Africa, and has represented targets of private equity investments such as Promotora Ambiental and Industrias Nacionales of the Dominican Republic.

Jaime was recognized as a leading Latin American investment lawyer in Chambers USA: America’s Leading Lawyers for Business 2010, which commented that “he does a phenomenal job representing his clients and is extremely knowledgeable about local issues.”

Jaime received his B.A. in 1989 from Columbia University and his J.D. in 1995 from New York University School of Law. In addition to English, Jaime is fluent in Spanish and Portuguese and is admitted to the New York bar.