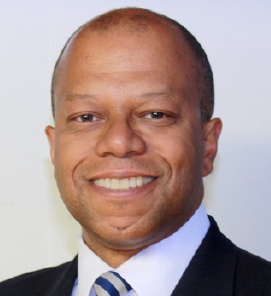 Craig heads the New York office of England & Company, a private merchant bank, and has consummated over $10.0 billion of middle-market transactions during his career as principal or agent.

Prior to joining England, Craig was the head of the Private Finance Group at Oppenheimer & Company (formerly CIBC World Markets), and was a standing member of the firm’s Capital Markets and Underwriting Assistance committees.  Prior to Oppenheimer/CIBC, Craig headed the Private Finance and High Yield Capital Markets Groups at SunTrust Robinson Humphrey.  Prior to SunTrust, he was the founder and Managing Member of HNY Associates, a private merchant bank and advisory services firm with holdings in commercial transportation and logistics.

Craig presently serves on the boards of Carver Bancorp and Harlem Dowling; he is a former board chairman of the Federation of Protestant Welfare Agencies, co-chairman of Danis Transportation, and has served on numerous other governance and advisory bodies including The Deal and Howard University School of Business.

Craig has been a featured speaker, panelist and article subject on various capital markets and M&A-related topics and earned both his BS in Economics and MBA in Finance at the Wharton School.