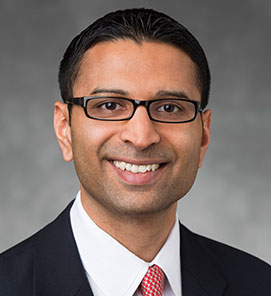 Tejash represents the Equity Division on the Institutional Securities Group (ISG) Diversity Council and is involved in several firm-wide initiatives in support of the council.  He is also a member of the Equity Operating Committee. In December 2020, Tejash joined the Board of the Council of Urban Professionals (CUP).  He is currently CUP’s Treasurer, a member of the Finance Committee, and a member of the Executive Committee.

Previously, Tejash was with Goldman Sachs for 6 years, with roles in Securities Lending in New York and Tokyo.  Tejash earned a B.S. in Finance and a B.S. in Accounting from New York University’s Stern School of Business.  He resides in Westchester County, New York with his wife, Nami, and their three daughters.