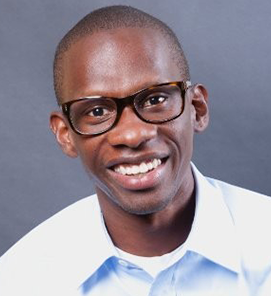 Troy Carter is the founder and CEO of Q&A, a technology and media company focused on powering the business of music via distribution, services, and data analytics. Formerly, Troy was the founder and CEO of Atom Factory, where he rose to prominence, nurturing the careers of global superstars, including Lady Gaga and John Legend. He most recently served at Spotify as its Global Head of Creator Services, overseeing the company’s growth strategy for artists and record labels. In 2017, Troy was also named Entertainment Advisor to the Prince Estate.

Troy currently serves as a trustee for The Aspen Institute, Los Angeles County Museum of Art, and CalArts.

After founding Atom Factory in 2010, Carter and his Atom Factory artists began scaling the web’s largest social media audiences on Twitter, Facebook and YouTube. In 2011, to focus the potential of these distributed networks, Carter co-founded Backplane, a Silicon Valley start-up that unites people around affinities, interests and movements. The following year, Carter incorporated A \ IDEA, a product development and branding agency, as well as AF Square, an angel fund and technology consultancy.