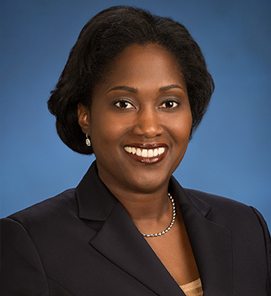 Lisa Opoku is the Chief Operating Officer for the Securities Division in Asia Pacific. She is a member of the Women’s Network and the Firmwide Black Network. Lisa joined Goldman Sachs in 2004 as an attorney in the Legal Department and was hired in 2005 to become the COO for the Fixed Income, Currency and Commodities (FICC) Bank Loan Syndications and Trading businesses in New York and London. She was named managing director in 2006 and partner in 2012.

Prior to joining Goldman, Lisa was an attorney at Richards Spears Kibbe & Orbe, where she made partner in 2004.

Lisa is vice chairman of the board of directors for the Foundation of Orthopedics and Complex Spine and is actively involved in the Dikembe Mutombo Foundation.