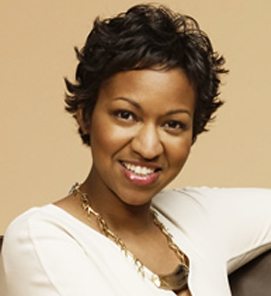 Laurie N. Robinson Haden is an award winning lawyer and agent of change—truly personifies the 21st century businesswoman whose skills, passion and commitments are multi-faceted and the beneficiaries of her associations and accomplishments are many. Mrs. Robinson Haden is the Senior Vice President and Assistant General Counsel of CBS Corporation, where she reports directly to the company’s Executive Vice President and General Counsel. In addition to her role at CBS Corporation, Mrs. Robinson Haden is the founder and CEO of Corporate Counsel Women of Color®, a non-profit professional organization, which she created in 2004 to advance women of color attorneys and to foster diversity in the legal profession. Her leadership and ability to galvanize has resulted in the growth of the organization’s membership from 30 members to over 3,000 members within a nine-year period. Mrs. Robinson Haden is responsible for spearheading the 2011 groundbreaking research report on the career progression of women of color attorneys entitled “Perspectives of Women of Color Attorneys in Corporate Legal Departments.” In 2013, Mrs. Robinson Haden joined the board of directors of the NAACP Legal Defense and Educational Fund, Inc. She attended North Carolina Central University and received her Bachelor of Arts, magna cum laude, in 1994. She attended Indiana University School of Law at Bloomington and received her Juris Doctorate in 1998.