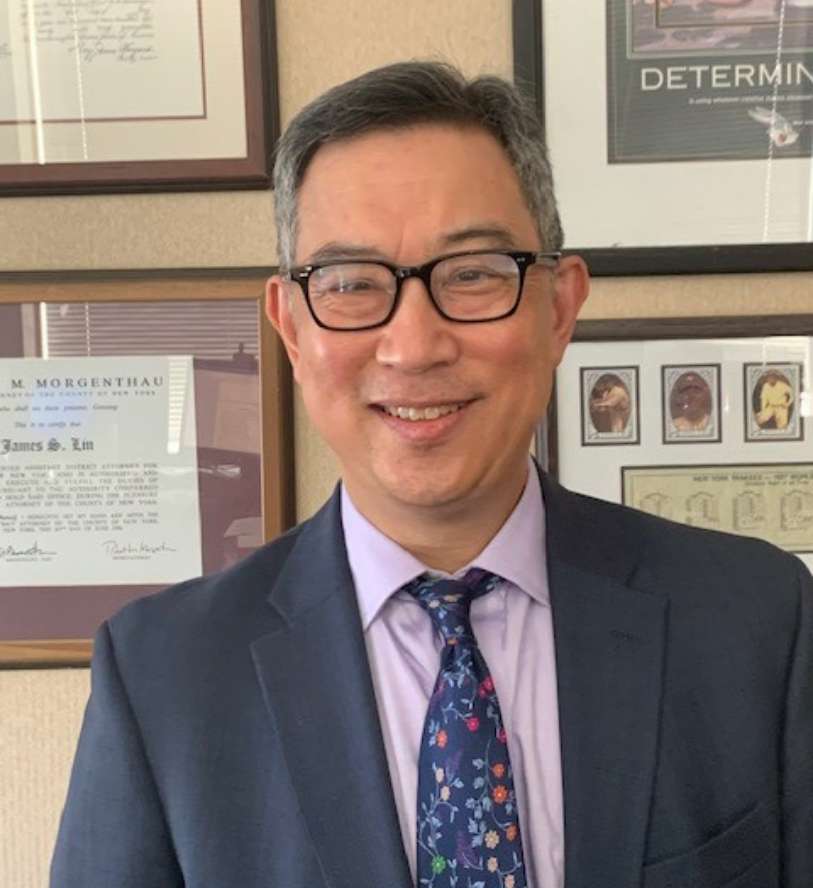 James Lin has been a New York City prosecutor for 32 years. He is currently one of five Trial Bureau Chiefs in the Brooklyn District Attorney’s office and oversees the preparation for and conduct of both felony and misdemeanor trials in his bureau. Teaching and training young attorneys to be litigators and investigators is a primary responsibility. He must also evaluate and approve plea recommendations that can range from incarceration to mental health/substance abuse programs.

Mr. Lin started his career in the Manhattan District Attorney’s office where he rose to become a homicide prosecutor. He was also a member of that office’s Asian Gang Unit and later joined its Investigation Division investigating financial crimes.

In 2010 the New York State Advisory Committee on Criminal Law and Procedure invited Mr. Lin to join and since then he has helped develop legislative proposals to the Chief Administrative Judge of New York. In 2008 he co-founded the Prosecutors’ Committee of the Asian American Bar Association of New York (AABANY) and Co-chaired it for over 6 years. He also served on AABANY’s Board of Directors from 2011 – 2015. He was an undergraduate at the University of Pennsylvania and graduated from Hofstra University’s School of Law.