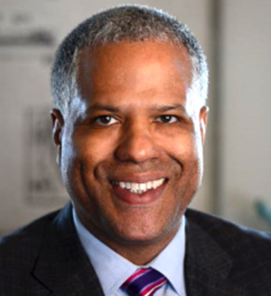 Guy Primus is a technology executive with over 20 years of experience operating at the intersection of media and technology. Throughout his career, Guy has demonstrated the ability to help consumer-facing companies combine innovation and popular culture to create aggressive organic growth. Guy’s mastery of strategic analysis and experimentation has helped companies and organizations achieve outsized impact while managing downside risk.

Guy has extensive experience operating globally, with partners and customers and clients in Asia, Europe, Australia and the Americas. A native of Pittsburgh, Guy has lived in the four corners of the United States, and currently resides the View Park neighborhood of Los Angeles, the largest National Historic District in the United States based on African American history.

Currently, Guy serves as CEO and board member at Valence Enterprises, a company whose mission is to create new paths to success for Black professionals.

Prior to joining Valence, Guy served as co-founder and Chief Executive Officer of The Virtual Reality Company (VRC), a market leader in the production and distribution of cinematic Virtual Reality and Augmented Reality content. Guy’s co-founders in VRC include two-time Oscar winner Robert Stromberg, who directed Disney’s Maleficent, and Chris Edwards, the CEO of previsualization studio The Third Floor.