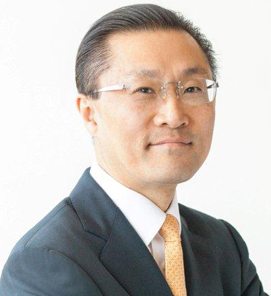 Don H. Liu is general counsel and secretary for Xerox Corporation.He is also a corporate senior vice president of the corporation. Liu joined Xerox in June 2007. Liu oversees the legal affairs of the corporation, including litigation and patent acquisition. He also manages governance and regulatory compliance for the board of directors and is responsible for Xerox’s ethic program, government affairs and public policy activities on domestic and international affairs. Prior to joining Xerox, Liu was senior vice president, general counsel and corporate compliance officer for Toll Brothers. From 1999 to 2005, he served as general counsel, corporate secretary and corporate compliance officer for IKON Office Solutions. He was vice president and deputy chief legal officer for Aetna U.S. Healthcare from 1992 to1999. Liu earned his juris doctor degree from Columbia University School of Law and a Bachelor of Arts degree from Haverford College. He is affiliated with professional and not-for-profit organizations, including the Minority Corporate Counsel Association and the National Asian Pacific American Bar Association. He is also the vice chairman of the Asian American Diversity Advisory Council for Comcast Corporation.