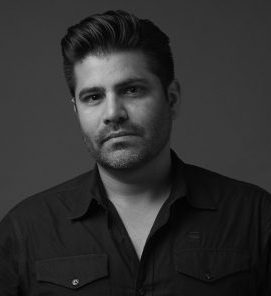 Daniel Diez is the EVP, Global Chief Marketing Officer, of R/GA, a leading global consulting, innovation and advertising agency. He is responsible for creating and executing the company’s marketing, communications, and content strategy along with market analysis and go-to-market strategy for expansion in Latin America, Europe, the Middle East, and Asia. He also serves as Editor-in-Chief of FutureVision, R/GA’s trendspotting publication, focused on the converging and ever-changing landscape of technology, business, and consumer culture. It is through this platform that Daniel has spearheaded an initiative to encourage the development of content on the subject of diversity in the workplace, encouraging women, people of color, and LGBT employees to put pen to paper and foster an open dialogue. Daniel has built an ethnically and gender diverse marketing and communications team, and his unrelenting commitment to expanding this diversity across all of R/GA’s global offices, along with his tremendous leadership ability, make him a powerful agent of change.

Prior to joining R/GA, Daniel lead Global Marketing and Communications for Interbrand, a global brand consultancy. There he helped create a practice dedicated to corporate citizenship and created a proprietary corporate citizenship conference with Harvard University. It is Daniel’s belief that corporations and brands can do the most good by doing what they already do best. He continues to live that belief by helping to drive many of R/GA’s pro-bono efforts. He recently led PR strategy and outreach for R/GA and the Ad Council’s Love Has No Labels campaign, which raised awareness of implicit bias and encouraged diversity and inclusion on an unparalleled global scale. For the second iteration of that campaign, We Are America, which starred John Cena, Daniel helped lead the team that drove creative and strategy, coordinated multiple brands and management companies to join and fund the campaign, secured the right celebrity talent, and pulled together a campaign that reminds people of what it means to love one’s country.

Daniel is a co-founder of the Interpublic Lesbian Gay Bisexual Transgender Employee Affinity Group (IPGLBT), through which he formed a pro-bono agency, made up of IPGLBT members, that worked with nonprofits serving the LGBT community. He has been a Human Rights Campaign Steering Committee Member where he served as a pro bono communications consultant and provided guidance on PR and media positioning. He has also worked with the board of the Brooklyn Academy of Music (BAM) and served on the BAM Gala Committee to organize their annual Ignite! fundraiser benefitting all of BAM’s educational programs.

Daniel began his higher education on a full scholarship at Boston University, studying classical vocal performance (opera). He then moved to NYC to get his degree in Psychology from Baruch College. He received a research fellowship from the American Psychiatric Association and attended medical school at Mt. Sinai School of Medicine.

Daniel lives in Harlem with his husband James Graziano.