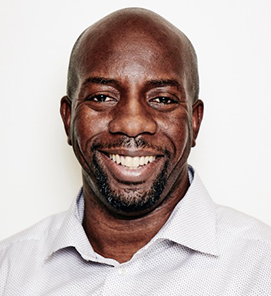 Clarence is the General Counsel of the National Basketball Players Association (NBPA), a labor union founded in 1954 to represent the NBA’s current players.  Clarence leads and manages the legal department of the NBPA, responsible for collective bargaining on behalf of NBA players as well as the legal affairs of the NBPA.  Previously, Clarence was the General Counsel and Corporate Secretary for THINK450, a subsidiary of the NBPA.  In addition, Clarence served on the Board of Directors of THINK450.  THINK450 is a for-profit subsidiary of the NBPA tasked with generating licensing and sponsorship revenues using the group license of the image rights of the NBA’s current players.

Prior to joining THINK450, Clarence worked at NIKE for nearly a decade.  In his last role at NIKE, he was the Director of Global Brand Business Affairs.  In that role, he led the global team responsible for securing key approvals, licensing and safeguarding NIKE’s Global Brand Marketing function against potential legal issues related to advertising and marketing.  He also worked in other capacities at NIKE, most notably serving for four years as Sports Marketing Counsel at NIKE’s European headquarters in Hilversum, The Netherlands.  In that role, he represented NIKE in its negotiations for sponsorship contracts with top-tier athletes, teams and federations across Europe, Middle East and Africa.  Before Clarence joined NIKE, Inc., he was an associate in Mergers & Acquisitions at international law firm, Shearman & Sterling LLP.

He has been a guest speaker and panelist for organizations such as the TRIPS Council for the World Trade Organization in Geneva, Switzerland, the Sports Lawyers Association, Practising Law Institute, the National Bar Association and several international law firms. Additionally, Clarence has been honored by the Council of Urban Professionals, ICON Talks, the Network Journal and Florida A&M University.