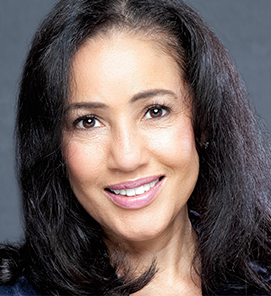 Nadja Webb is Executive Vice President, Programming Business Operations for BET Networks.  In this role, she handles strategic operations for the programing groups for all of the BET platforms including linear, digital, BET’s direct-to-consumer OTT platform, BET+, and the newly formed BET Studios.  In addition, Nadja has a creative role in leading BET’s Scripted Programming functions, including Development, Casting and Current for those platforms.  She also manages Business and Legal Affairs for BETN as well as oversees the global Music Strategy team and music businesses across the Paramount Global cable channels.

Nadja has extensive transactional experience across multiple media platforms including, television, music and digital. Her expertise is in structuring and negotiating complex deals, analyzing risks and developing creative solutions to business challenges. She was named one of The Hollywood Reporter’s Top 20 Dealmakers of 2019 for her work with BET.

Prior to joining Paramount Global, Nadja was Senior Counsel at Atlantic Recording Corporation, Counsel at Sony Music Entertainment Inc. and an Associate at the law firm of Weil, Gotshal & Manges.  She received a law degree from Harvard Law School and a Bachelor of Arts from Wesleyan University.