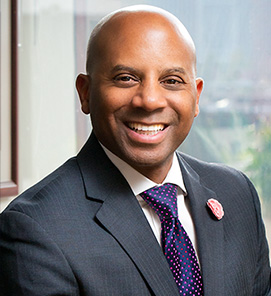 Michael Persaud is a Portfolio Manager and Investment Advisor at Morgan Stanley in Beverly Hills, CA. After spending many years running his own business and working to build others in media and entertainment, Michael spent the past 10 years working as an investment advisor to ultra-high net worth individuals and families, as well as select institutions, including foundations and endowments.

Before he launched their Persaud Brothers, Michael worked in the music industry a number of at Qwest/Warner Brothers Records and RCA Records.  Additionally, Michael worked the start-up team that launched VIBE Magazine.

Michael earned an MBA from Harvard Business School and BS in Finance from University of Pennsylvania Wharton School of Business.