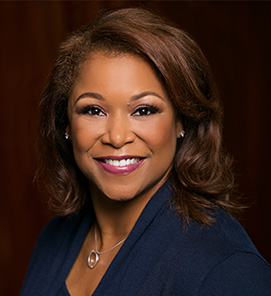 Prior to joining LM Capital, Ms. Mizelle served as director of North American business development for Lyxor Asset Management. There she was responsible for the sales and marketing of Lyxor’s hedge fund strategies, including its fund-of-funds business and managed account platform. Her primary focus is the institutional investor universe comprised of public and corporate pensions, foundations, and endowments.

Prior to joining Lyxor, Ms. Mizelle served as Head of Corporate, Endowment, and Foundation Sales at Progress Investment Management Company, a manager of emerging managers. Her strategic and tactical sales efforts combined with investor education initiatives have helped to transform the industry. Ms. Mizelle was responsible for obtaining the first major private foundation client for the firm in 2009, and, in 2012, acquired the firm’s first global client.

Before joining Progress, Ms. Mizelle was a principal at The Williams Capital Group, a boutique investment banking firm, where she was responsible for corporate finance advisory, brokerage operations, and all aspects of business development in the Midwest and Western United States. In 2002, she opened and managed the firm’s regional office in Chicago, IL.

Ms. Mizelle began her career at Goldman Sachs in the equities division. As an analyst, she was a member of an inaugural team responsible for the sales and marketing of all equity offerings, which included the Ralph Lauren IPO and the privatization of Deutsche Telekom. Ms. Mizelle currently serves on the board of The Council of Urban Professionals, and prior to that, served as the Founding Chair of its Leadership Board. During her tenure as Chair, the Leadership Board raised over $200k toward the organization’s mission – civic leadership, 7 professional development, and not-for-profit board diversity.

Ms. Mizelle previously served as a board member and is now an advisory board member of Perspectives Charter School in Chicago, IL. She is a member of the National Association of Securities Professionals (NASP) and, for over five years, served as the Executive Director of the NY-NASP FAST Track Program, which is a high school financial literacy program for minority, female, and first-generation American students.

Ms. Mizelle’s interest in financial literacy and international business has taken her to assignments across the globe, including the Republic of South Africa, Syria, and Western Europe. She received a Bachelor of Science degree from Spelman College as a NASA Scholar and received her Master of Business Administration from Harvard Business School. There she received the Morgan Stanley Fellowship and Dean’s Award.