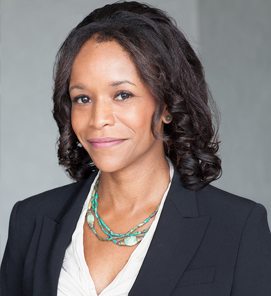 Ms. Owens is a graduate of Columbia Law School and Princeton University, where she received its Gale F. Johnston Prize. She was a Fulbright Fellow in Kenya and a CIS Fellow in Brazil.

She serves on the Association of Corporate Counsel-NY Board of Directors and as the Chair of its Diversity Group. Ms. Owens also serves on the ABCNY Military Affairs & Justice Committee and the National Women Law Center’s Leadership 35 Committee. Ms. Owens formerly served as: Chairperson of ACC-NY’s Corporate and Securities Practice Group; Deputy Chairperson-At-Large of the National Bar Association’s International Law Section; Vice President of the Association of Black Women Attorneys; Board member of the Practicing Attorneys for Law Students Program (PALS); and New York Women’s Foundation Committee for the Future Member.