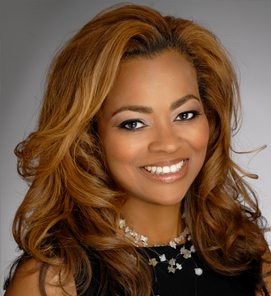 Marissa is the Director of Strategic Partnerships and Multicultural Marketing at OMD. There, she has honed her skill set of developing, negotiating and executing entertainment-based media strategies across any medium. Marissa’s experience is often in demand to represent client’s interests with high-profile media partners.

Prior to helping establish the Branded Entertainment division at OMD, Marissa was Manager of Entertainment for Omnicom advertising agency BBDO. Marissa segued into BBDO’s Entertainment group after spending several years in the company’s media buying division.

Prior to working at Omincom, Marissa attended Howard University.

Marissa continues to be recognized by both her peers and the advertising industry. Some of the more memorial events within her resume include elections to the Board of Directors of GLAAD and The Harlem YMCA. She was named one of the top Women Executives in Advertising by Black Enterprise in 2013, received a “Black Achievers in Industry Award” in 1997 and was included in the 2003 Essence Magazine“Power Women” issue. Marissa is also a founding member of CUP LA. A published writer, Marissa has work in the anthologies “International Sponsorships” and “What I Know is Me”.  She supports several non-profit organizations, including Autism Speaks and The National Humane Society.