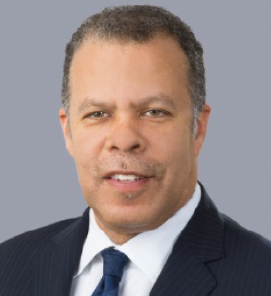 Mr. Jones is a member of the Private Equity, Real Estate and Infrastructure Investment Committee and serves on the Global Investment Council and the Diversity, Equity and Inclusion Committee. He heads the firm’s private equity diverse manager practice. His responsibilities include deal sourcing and investment underwriting activities. Prior to joining GCM Grosvenor, Mr. Jones was a Managing Partner at Oncore Capital, as well as a General Partner at Provender Capital. He started his private equity career at Prudential Insurance Company as part of Prudential Equity Investors, which subsequently became Cornerstone Equity Investors, where he was a partner. Mr. Jones received his Bachelor of Arts in Economics from American University and his Master of Business Administration in Finance from New York University. Mr. Jones serves on the Board of, and was former Treasurer to, the National Association of Investment Companies. Mr. Jones also serves on the advisory board of the American University Kogod School of Business. He is a recipient of the Pacesetter Award from the National Association of Investment Companies in 2012 and the UNCF Keeper of the Flame Award in 2016. He was also recognized as one of the 75 Most Powerful Blacks on Wall Street by Black Enterprise Magazine in 2011. In addition, he recently joined the board of the Apollo theater.