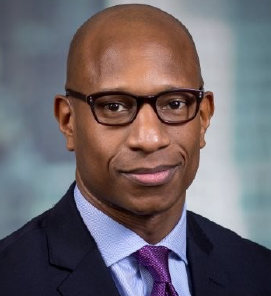 David Clunie is Executive Director of the Black Economic Alliance (BEA) – the nation’s only coalition of Black business leaders and allies committed to economic progress and prosperity in the Black community with a specific focus on work, wages, and wealth.

Before joining BEA, David was a Managing Director at JPMorgan Chase & Co. in the Corporate Responsibility department, which uses JPMC’s resources to drive inclusive economic growth—particularly in the areas of workforce development, financial health, small business expansion, and community development. David led a team of government relations managers who forged partnerships with state and local government officials nationwide on local community investments as well as public policy challenges and opportunities. He was a champion for diversity, equity, and inclusion—chairing the firm’s coalition of Black managing directors, The Black Executive Forum; sitting on the firm’s Diversity Advisory Committee; leading CR’s Equity & Inclusion working group; and serving as an ambassador and mentor for The Fellowship Initiative leadership development program for young men of color.

From 2010 to 2012, David served as Deputy Associate Counsel at the White House, where he vetted incoming presidential appointees and served as a mentor in the White House Mentors Program—a predecessor to the My Brother’s Keeper Initiative. He was previously a senior member of President Obama’s 2008 Campaign legal team in Iowa focusing on voter protection.

Before joining the Obama Administration, David was a litigation associate at Paul, Weiss, Rifkind, Wharton & Garrison LLP, where he worked on commercial litigation cases and pro-bono matters involving voting rights, police-community relations, prisoners’ rights, affirmative action, and disability rights, among other issues. David partnered with the NAACP Legal Defense Fund and Brennan Center for Justice, among other leading public interest groups, to oppose restrictive voter ID laws in Georgia and Indiana, and support thousands of voters displaced by Hurricanes Katrina and Rita. David was also the firm’s lead attorney in Davis v. City of New York, a 2010 class action lawsuit on behalf of public housing residents and visitors alleging unlawful stops, frisks and arrests on public housing grounds in New York City. The case was filed as a related case to the major stop & frisk lawsuit, Floyd v. City of New York.

David sits on the board of the National Urban League and on the U.S. Small Business Administration’s Council on Underserved Communities. He clerked for the Honorable Cynthia M. Rufe in the U.S. District Court for the Eastern District of Pennsylvania. David is a graduate of the Howard University School of Law where he was editor-in-chief of the law review, and he is an honors graduate of the University at Albany, State University of New York. He currently lives in Harlem, New York.