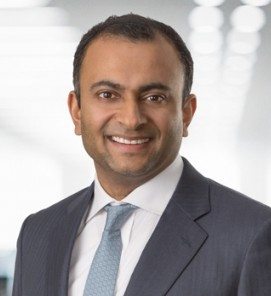 Mr. Krishnan joined Morgan Stanley’s Fixed Income Division in 2003, where he spent time as a credit analyst and as a principal investor. From 2001 to 2003 Mr. Krishnan was part of the Telecom Investment Banking group at UBS.

Mr. Krishnan resides in New York City with his wife and son.