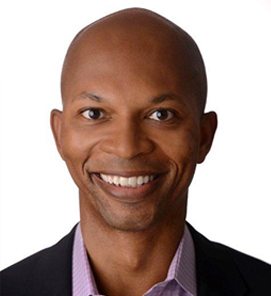 Antonious Porch is the Senior Vice President & Deputy General Counsel of Nickelodeon. He oversees business and legal affairs for the Digital Media, Publishing, Home Entertainment, Ad Sales and Marketing businesses of the Nickelodeon Group, part of the Viacom family of companies.  In that role, he supports the creation and distribution of Nickelodeon content across major media platforms and product categories.  He also designs compliance strategies on behalf of Nickelodeon for Federal Communications Commission (FCC) and Federal Trade Commission (FTC) regulations in the areas of privacy and the Children’s Television Act and similarly advises on the company’s standards and practices for television, online and mobile.

Antonious began his career at the law firms of Latham & Watkins and Morrison & Foerster, prior to joining MTV Networks/Viacom in May 2004.

He is a graduate of Yale College and Columbia Law School.

At Viacom, Antonious serves as the Executive Champion of Emerge, the LGBT employee resource group at the company dedicated to creating a welcoming environment for all Viacom employees.